As a premier provider of cyclonic sheds in Perth and surrounding areas, we keep an eye on every cyclone season. Cyclone season is officially over, and we have gotten through another one intact. We like to take a look back over the season and see what we could have done better, and what we are already doing great, when it comes to cyclonic sheds.

Every time a cyclone or tropical storm hits, it is a miniature referendum on the safety and quality of any shed we have 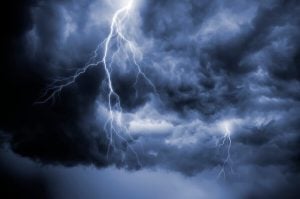 provided and/or erected for our customers in the Perth area. As a part of the ShedSafe program, it also gives ShedSafe an opportunity to ensure that their calculations were correct, and that no errors were made when calculating wind speed tolerances for specific areas.

ShedSafe is constantly adding data and refining its algorithms, to ensure that you always have the right shed for the right area. In addition, we keep an unofficial, anecdotal “file” in our heads; we call it “experience.” By staying aware of the past, and trying to see any patterns that have developed, we are better able, as an industry, to keep refining our products for a safer future.

The first storm to threaten the Perth and WA areas was Tropical Cyclone Mitchell, which formed on 27th December, 805 km northwest of Karratha. The storm’s winds would peak at 75 km/h, as it moved down the WA coast, but the storm would eventually dissipate with no effect on WA.

Close on Mitchell’s heels was Tropical Cyclone Narelle, which formed near Indonesia on 4th January, and would enter TCWC Perth region on 9th January. The storm was originally predicted to come a lot closer to Australia than it eventually did. It would pass close enough to cause minor storm tides, and gusty winds that would claim a few trees in the Exmouth area, and rainfall of 76 mm.

By 15th and 16th January, Narelle would bring scattered rain and strong winds to the wheatbelt. Winds of 90 km/h were recorded in Karlgarin, tearing the roofs off of a total of eight buildings. Lake Grace and Capel would also see high winds, with a possible tornado blowing over trees in a swath approximately 400 m wide. In Perth, we got lucky, dodging most of the rain, with the moist, warm air producing the warmest night in January since the 1980’s.

Tropical Storm Oswald was next. Though it didn’t directly affect Perth, the flooding in Queensland was a disaster that would cause as much as $2.4 billion in damage and claim six lives, with one person missing. The Queensland flooding would serve as a wake-up call that Australia is not immune to catastrophic weather.

Tropical Cyclone Peta affected most of Western Pilbara, making landfall in the Point Samson area. Port Hedland would have to close down shipping on 22nd January. Many areas were flooded, with 261.6 mm of rain recorded in Hooley Station. There was so much rain that the Harding Dam’s waters increased by 28 billion litres. The Great Northern Highway had to be temporarily closed due to flooding.

Port Hedland would be slammed again, barely a month later, when Severe Tropical Cyclone Rusty would make landfall 100 km east of Port Hedland, near Pardoo. The cyclone was so slow that it was almost stationary once it made landfall, and slammed Port Hedland with 39 hours of gale force winds, gusting up to 119 km/h.

Pardoo Station reported 482.5 mm of rainfall, and De Grey Station and Yarrie mine both reported over 300 mm of rainfall. Perth didn’t see tropical storm conditions, but Kalgoorlie-Boulder would see a 15-hour onslaught of rain that totalled 88 mm.

Tropical Cyclone season in Australia would end on 30th April, but we did get a storm that was not an official tropical storm, but certainly felt like one. On 8th May, Perth and suburbs were hit with severe weather with some areas reporting up to 100 mm of rainfall, and 100 km/h winds. From 4:30 pm 7th May to 4:30 pm 8th May, Perth would sustain 53.4 mm of rain. Trees and power lines were downed in some areas, but the area seemed remarkably free of major damage.

So, what is the bottom line, and what does this mean to you? Even though we were a bit “put out” a few times, we fared well in the Perth area compared to many others in the state. However, that doesn’t mean that we will continue to be as lucky as we have been.

If your business or home has outdated sheds, call 1300 778 628 today; our cyclonic sheds are built to withstand severe tropical cyclones.